Whew! I'm still recovering from my whirlwind Independence Day week. While not everything went as planned because of rain, I still had plans nearly all day every day. If you haven't already noticed by now, this post makes it painfully obvious that I don't mind making several trips in one week to restaurants I really like! During a recent conversation, it was discovered that I'd eaten at Eiderdown on average every three days since my first visit! Even I am willing to admit that is a little extreme...

07/03/13
Drove to Nashville after work to pick up a surprise visitor! We went to some perennial Nashville faves for dinner (The Pharmacy) and dessert (Jeni's, of course!). 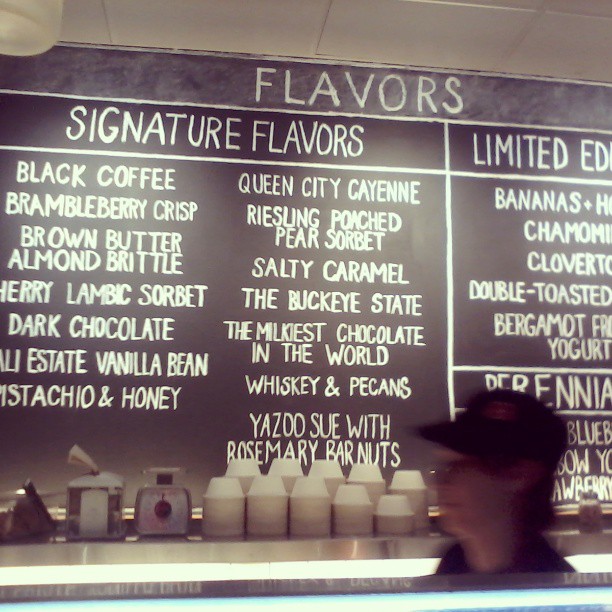 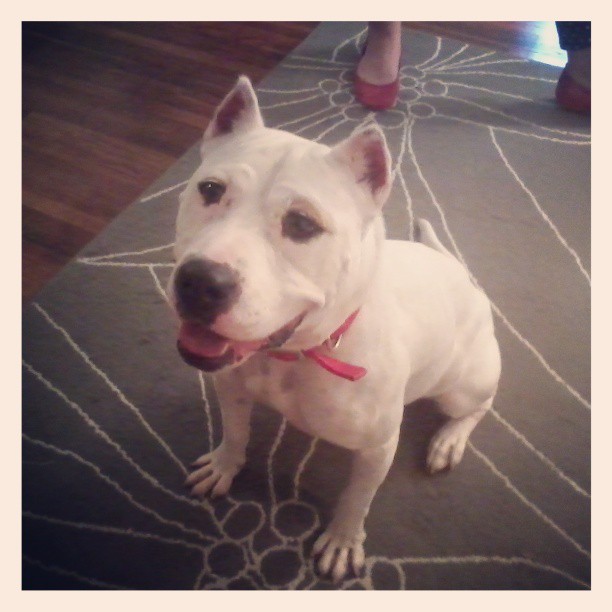 07/04/13
Friends and I had planned to walk the Big Four bridge and go to the Independence Festival at Waterfront Park, but it ended up raining all day. Instead we opted to stick with the second half of the plans which was going to Proof on Main, seeing fireworks, and then roaming around 21c.

To be honest, I was disappointed with the food and service at Proof on Main. Not sure if it was just an off night for them, but I don't plan to go back or recommend it to others. 21c was - as always - amazing and time well spent. 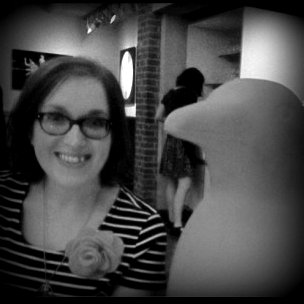 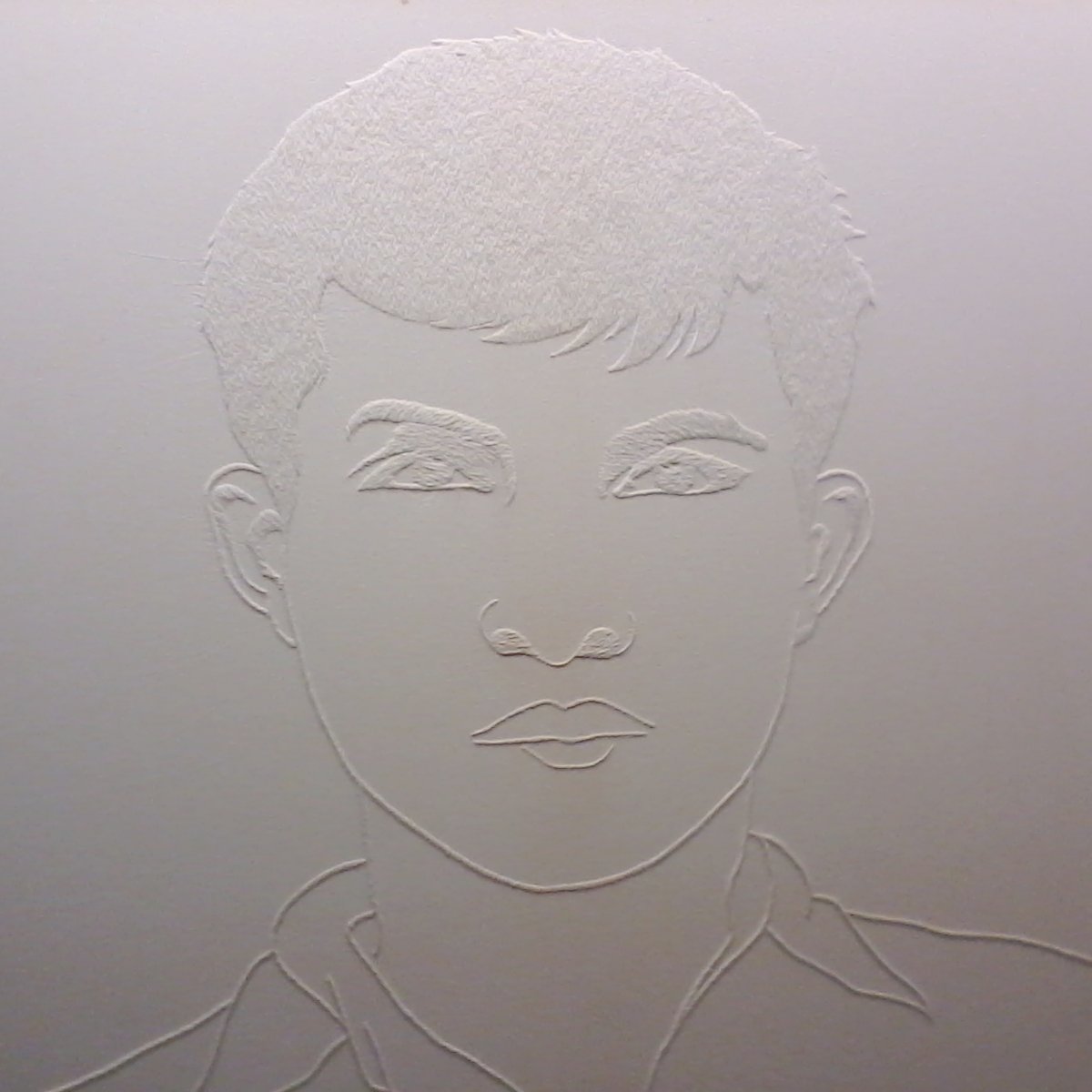 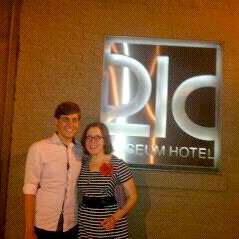 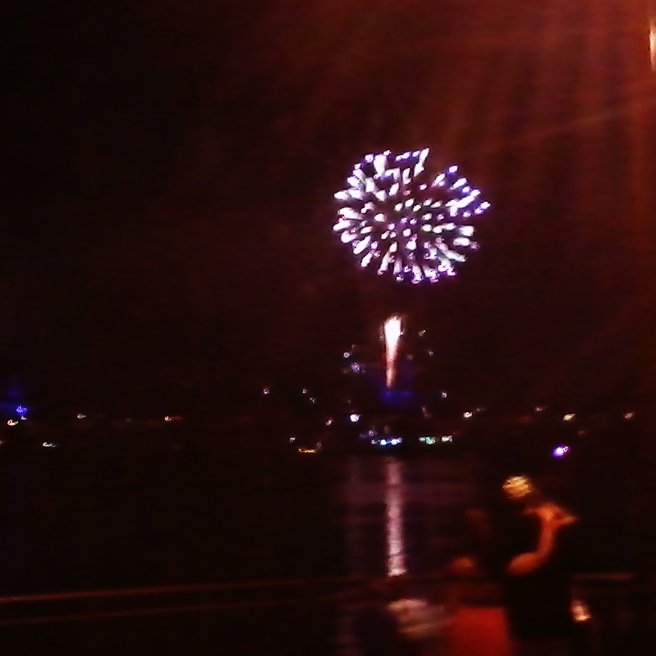 07/05/13
This was the morning of the big surprise! Tyler and I realized some months ago that this summer was our "friendiversary" with Amber. While Amber and I have been friends for decades, we actually just met Tyler 10 years ago through a mutual acquaintance at Putt-Putt. Tyler decided to come to Louisville so we could surprise Amber when she was in town to see her family for Independence Day. Although Tyler and I convinced each other that Amber had figured it out, both Amber and her husband Joe were completely surprised! We had breakfast at Highland Morning after the big reveal :-) 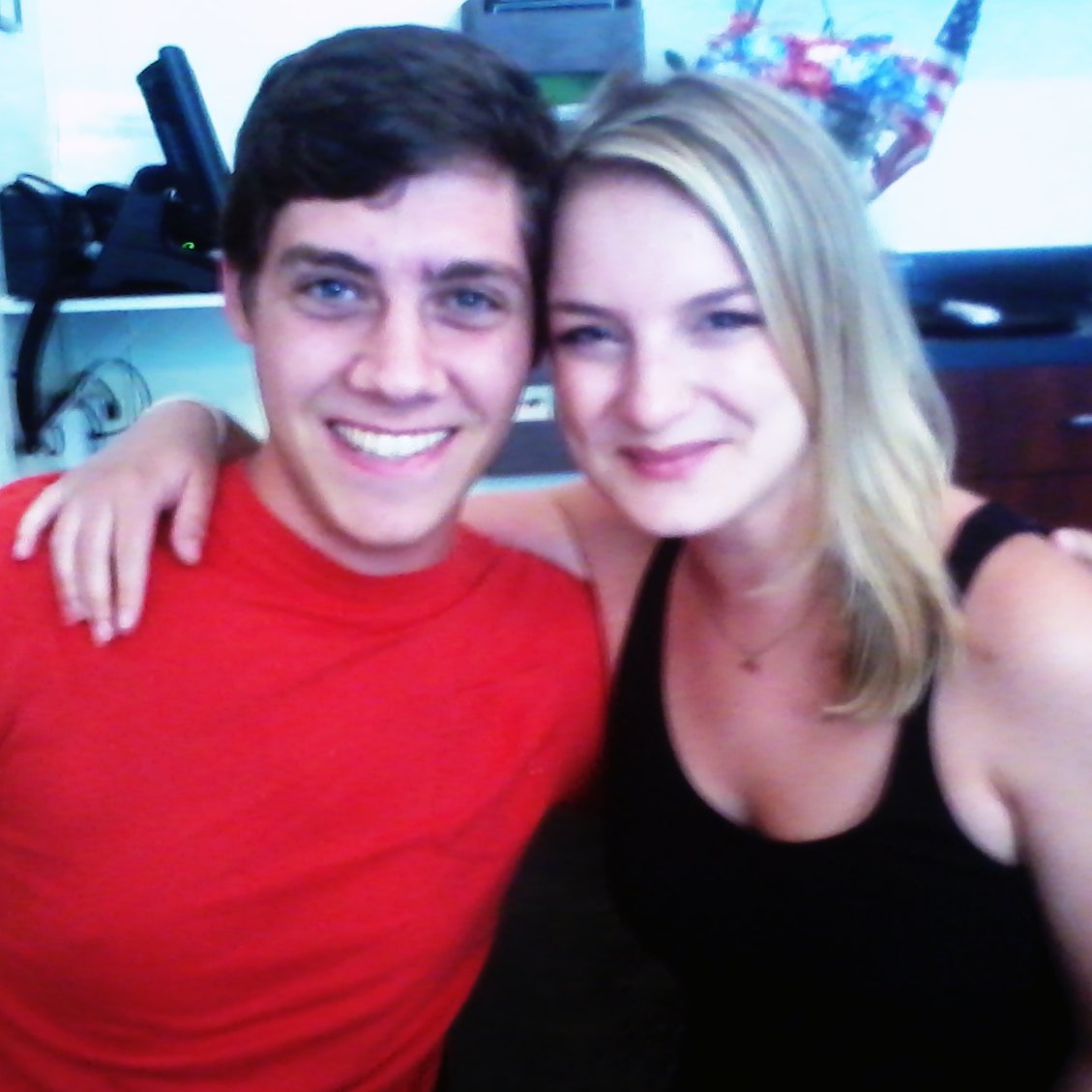 After that we went to NuLu and got coffee at Please & Thank You. Afterward, I made everyone look at the Ohio River and I-64 from the top of the Muhammad Ali Center and we went in the museum's gift shop. I had told Amber and Joe to allow three hours for the surprise (mainly because you can never be sure how long it will take to eat brunch, ha!), so we had some time we needed to fill before heading over to Amber's parents' home for an Independence Day fete. 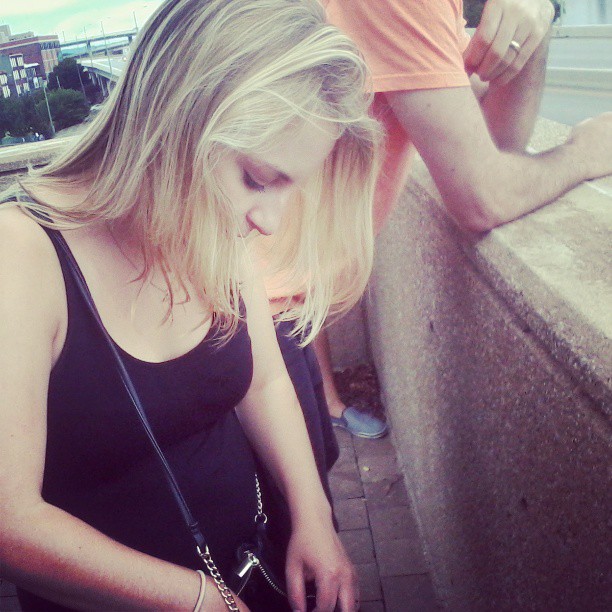 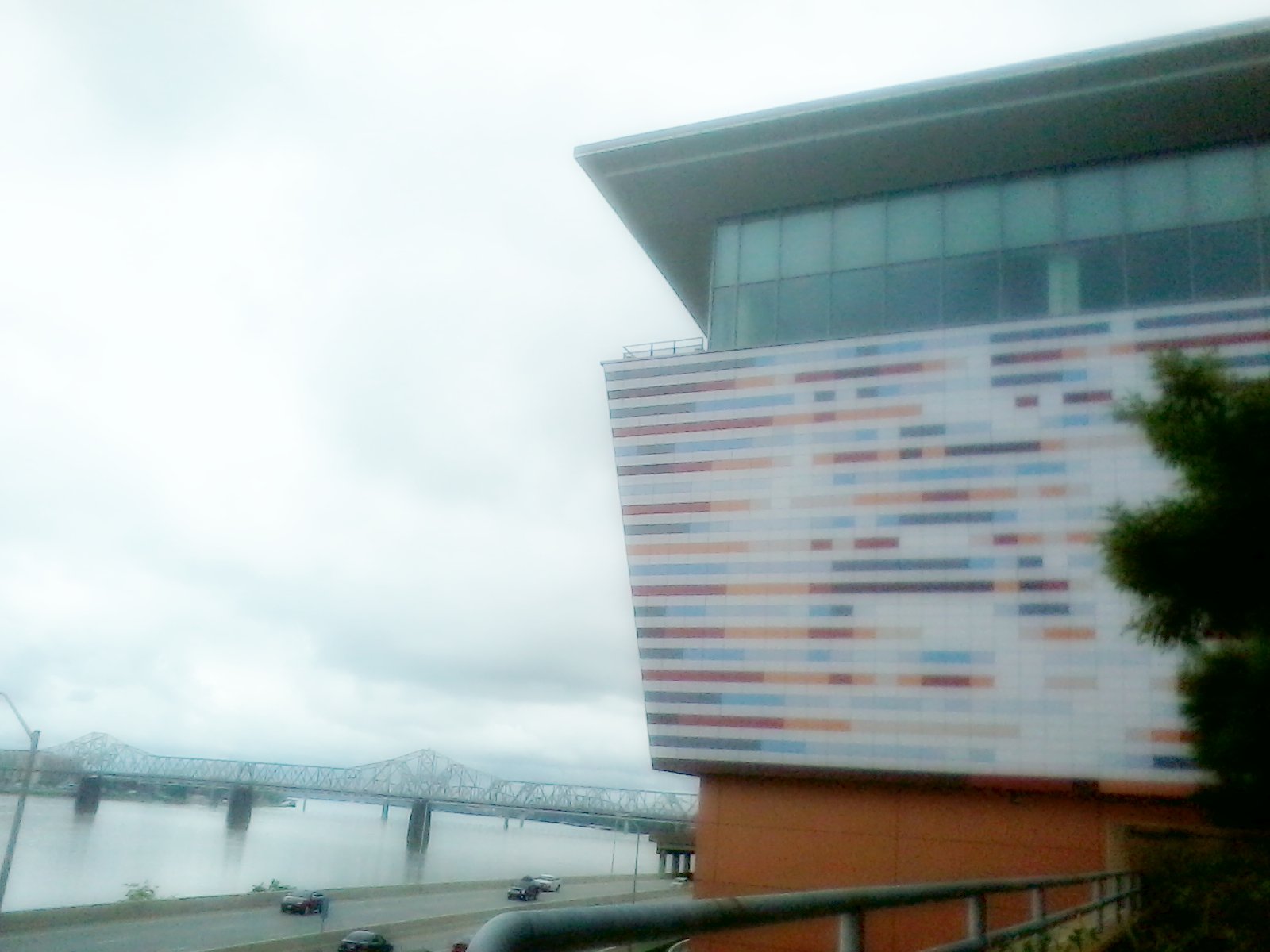 There were lots of kids at Amber's parents' home. Perks of that included the following:
- Ryan being called "Chubby Boy"
- Having baseball explained and demonstrated to me by four-year-old Timothy
- Tyler being made fun of for not having any "fun" apps on his phone
- Playing "numbers versus power cards" Uno...which was a make-it-up-as-he-went-along game I played with seven-year-old Titus
- Trying to show a little girl how to plays games on an iPad that I myself cannot play without failing miserably
- Amber's sweet baby niece, Beatrice, falling asleep on me :-) 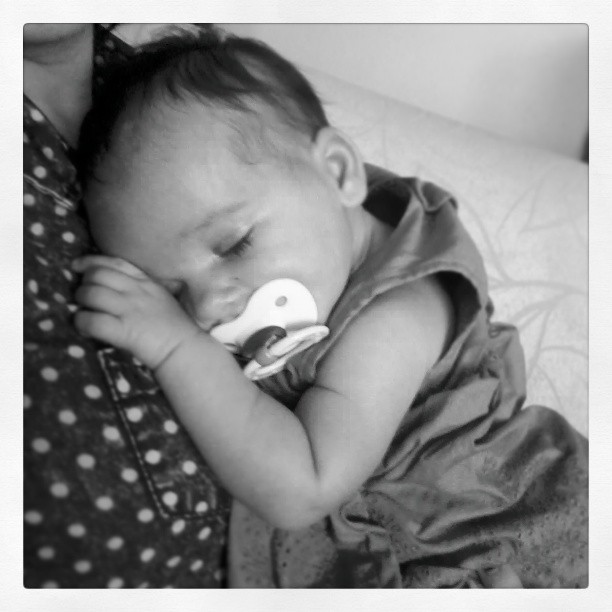 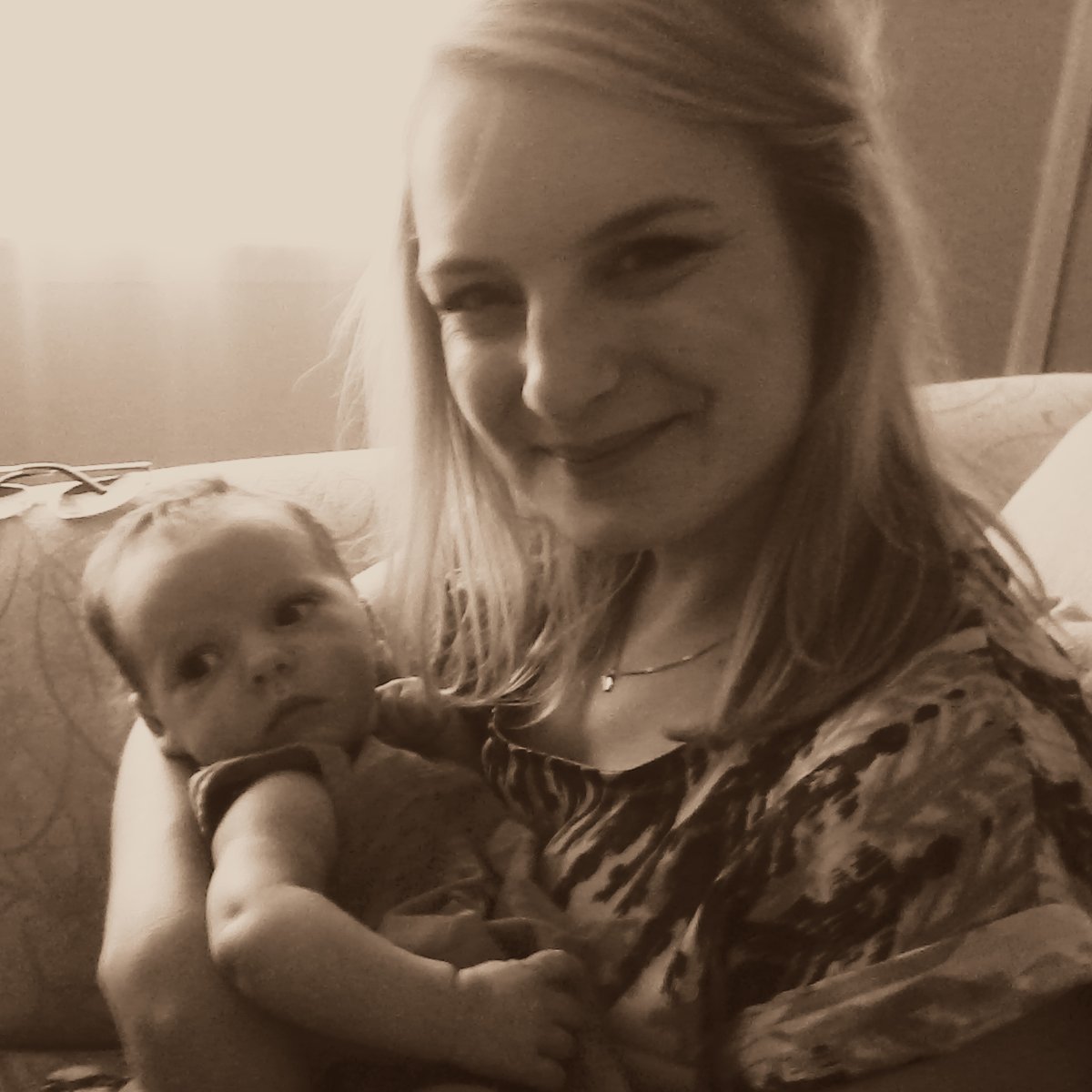 I finally got to meet this great dog, Danny Garrad! He's so sweet and let me carry him around like a baby. Amber and Joe have had him since last fall, but I hadn't been to NYC since they adopted him so I hadn't had the chance to meet him in person. Can't wait to spend more time with him in August! 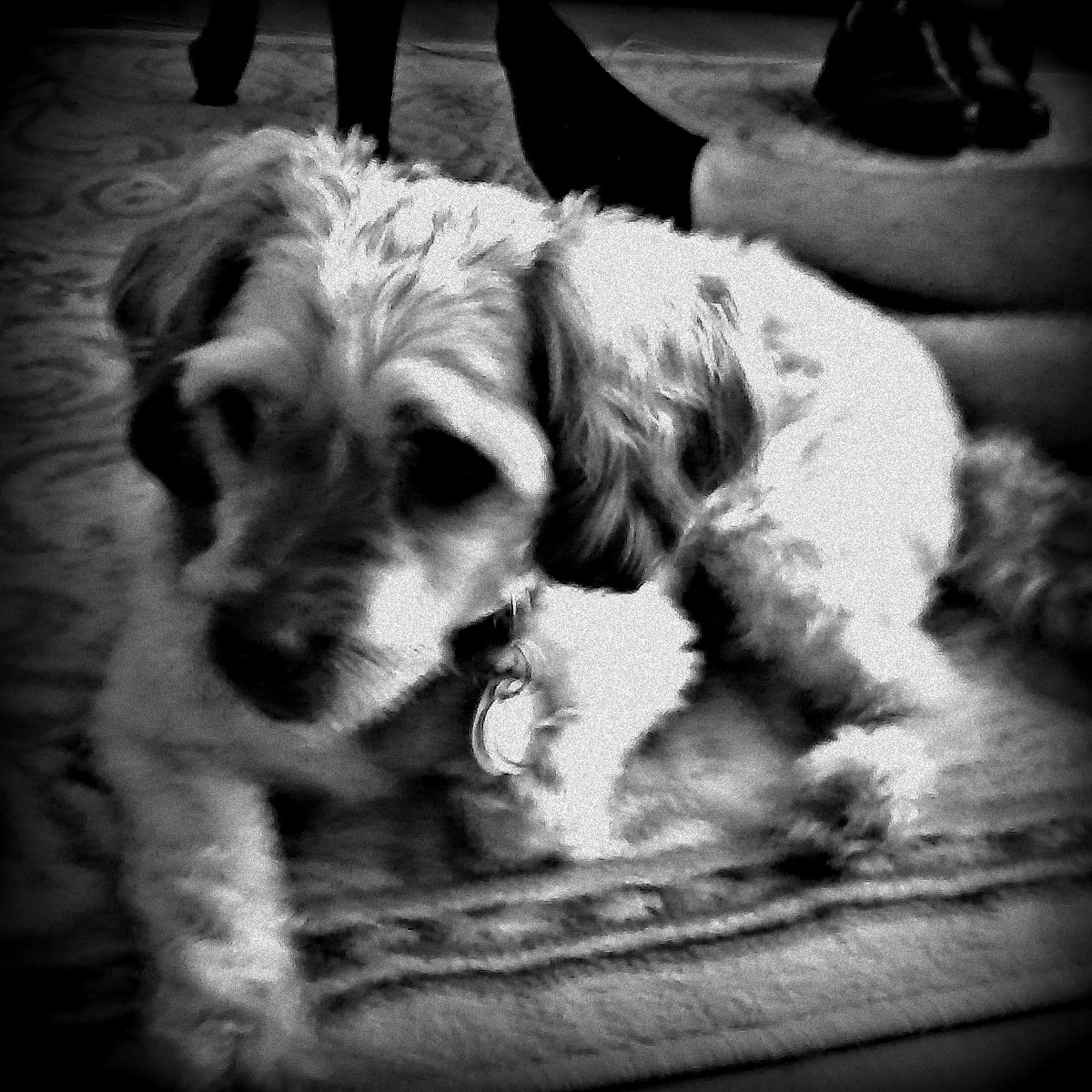 07/06/13
I kidnapped Tyler and his mom and made them go to Eiderdown with me. 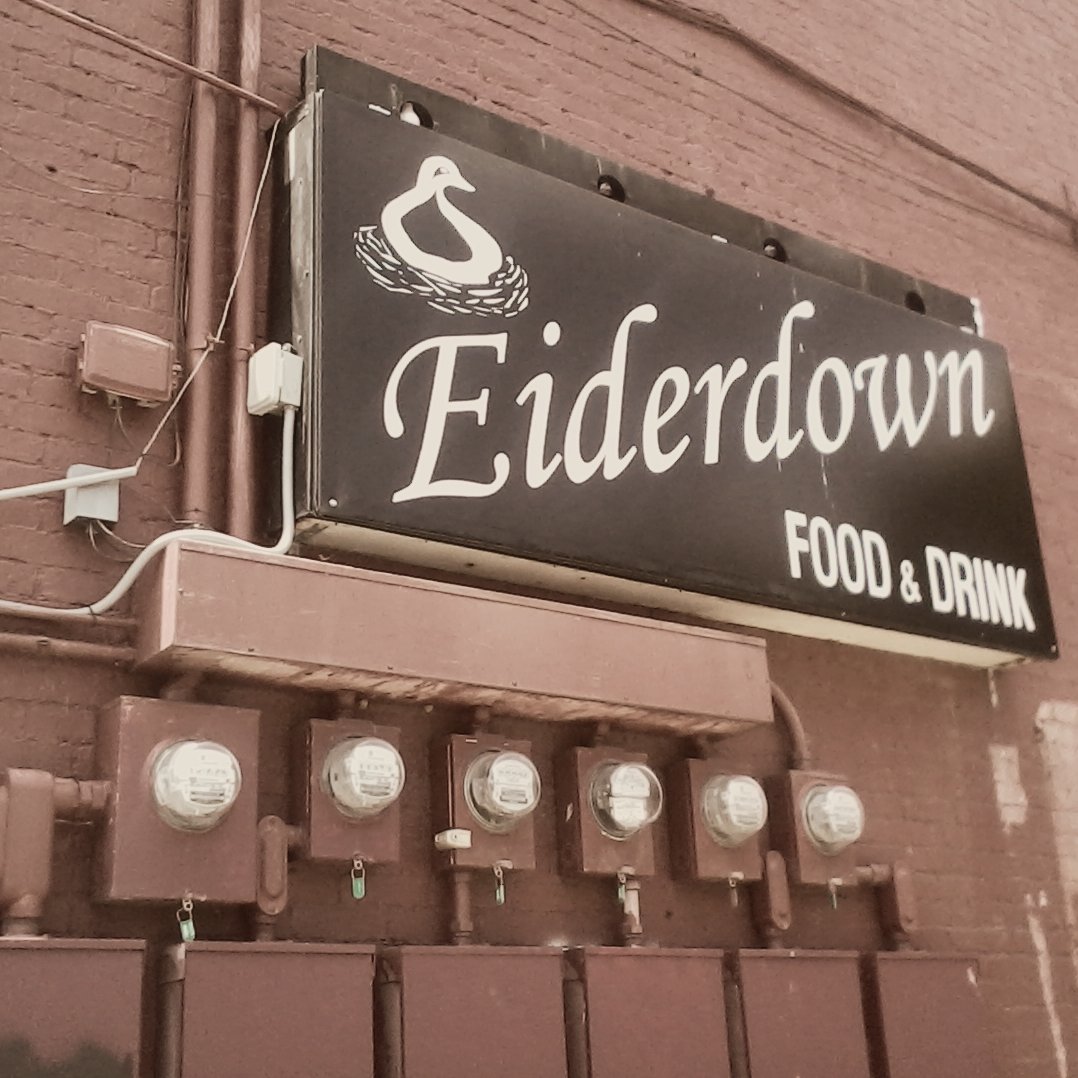 Amber's and my families joined each other for lunch. We went to...Eiderdown, of course! It was great (as I knew it would be). I loved sitting together with everyone and seeing everyone try things there for the first time. 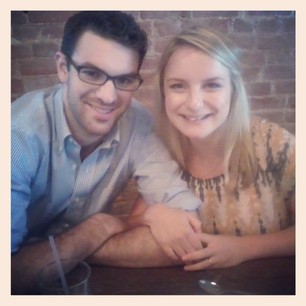 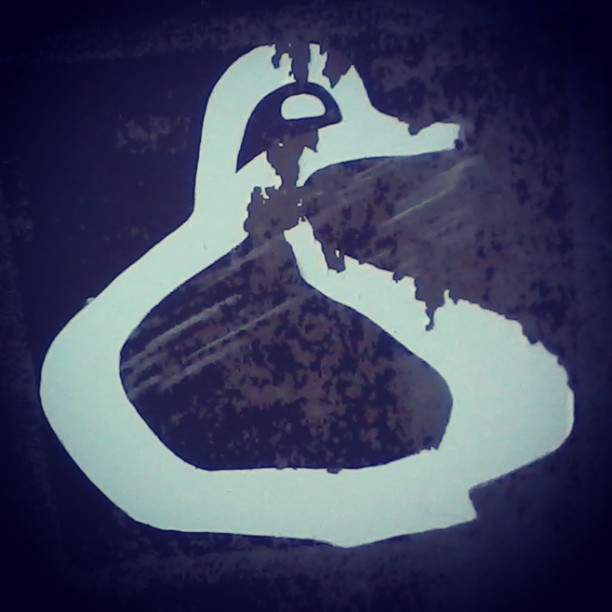 Later that night, Tyler, Ryan and I went to Four Pegs, laughed about high school memories (what else would we do?!), and talked about Harry Potter.

We road-tripped to Nashville for his flight back to Austin. Of course, I had to go to Jeni's again! 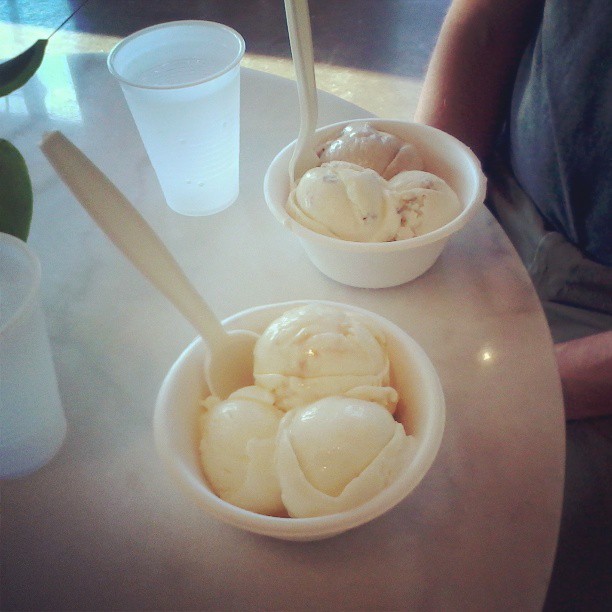 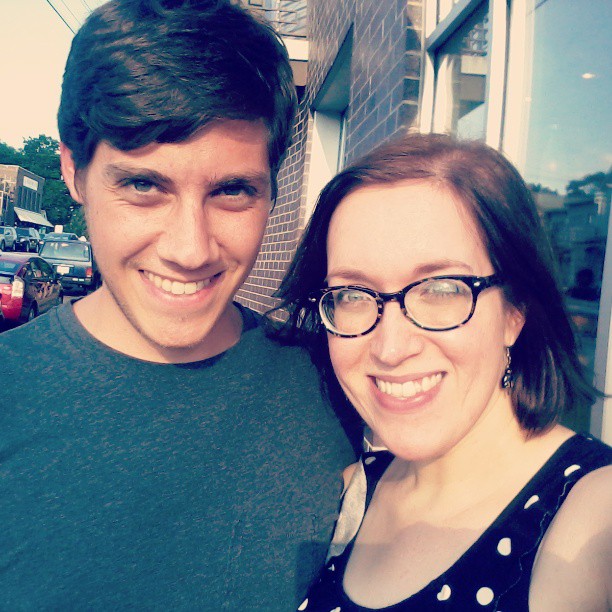 07/11/13
The Thursday evening after my Independence Day weekend, I had the pleasure of meeting up with Ash and Katrina (Amber's brother and sister-in-law) and their two daughters, Annie and Beatrice. They graciously picked me up from work and we explored 21c, ate at Four Pegs, and then got ice cream at The Comfy Cow (my favorite local ice cream place!). 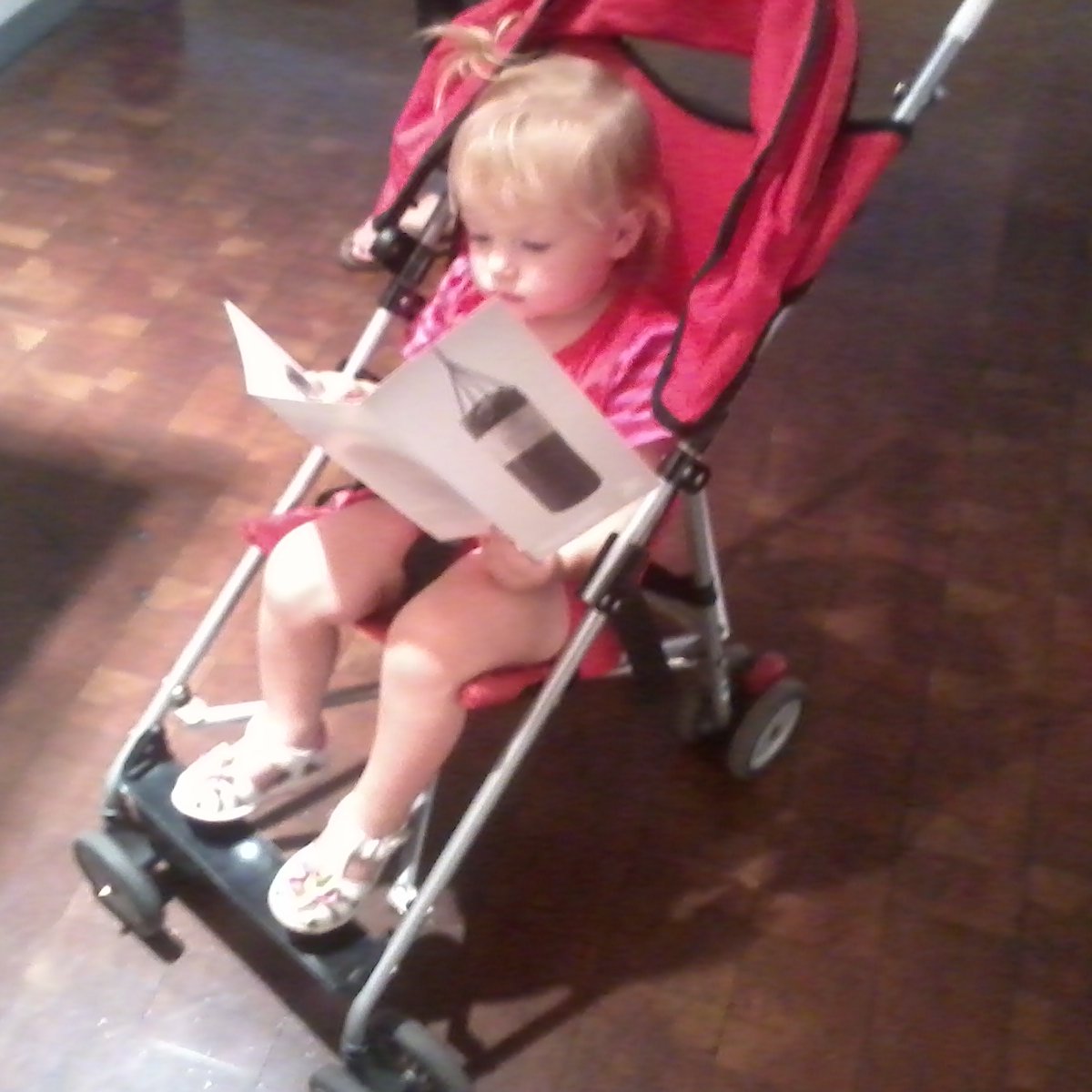 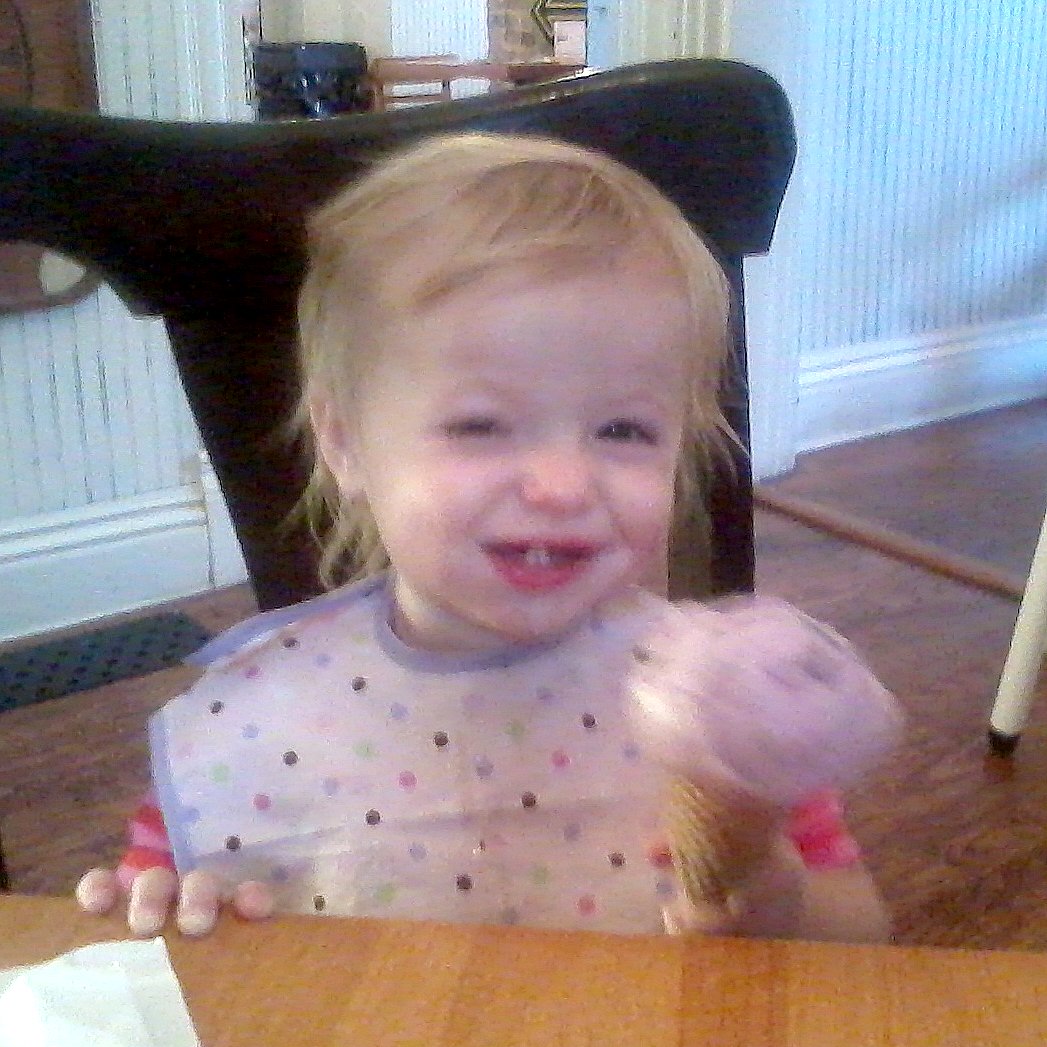 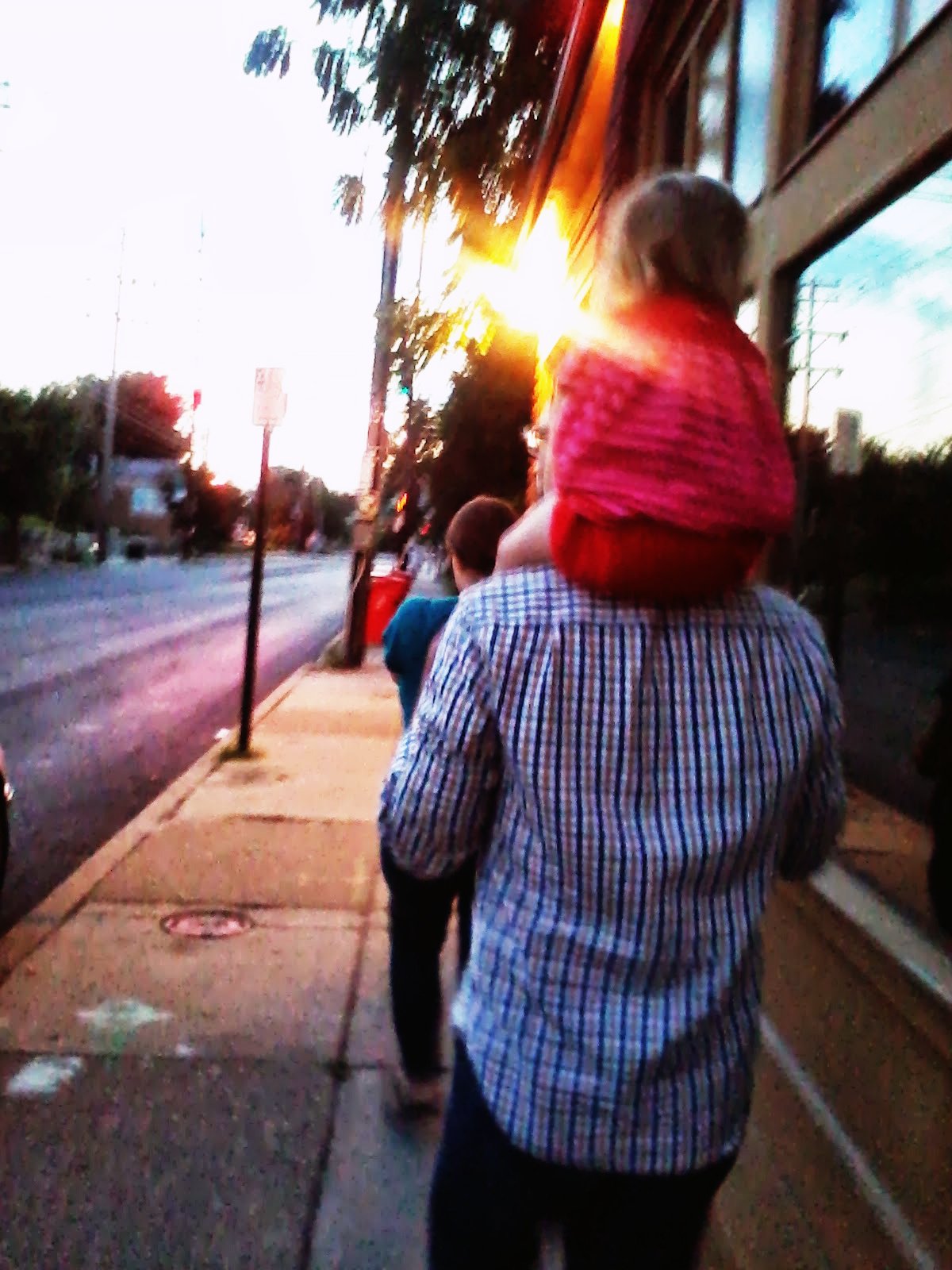 All things considered, it was a wonderful week and I'm so glad there were so many out-of-towners in and so many Louisvillians who stayed in town for the holiday! I especially appreciated being able to play "tour guide" so many times...which of course meant that I got to do my favorite things and eat at my favorite restaurants. :-) Maybe next time we can check out Doc Crow's, That Place on Goss, and/or go to an antique mall?
Labels: food holiday Louisville