Last weekend I had the chance to visit my college roommate, Shelby, in Cleveland, Ohio. While I've been to Cleveland several times, this time was extra special since it was my first time staying in the guest room of her house! It struck me as very funny that during my visit I stayed in her guest room, but when she visited me last year I made her sleep on the floor of my 9x13' bedroom...

Shelby came up with lots of fun things to do on my trip, and I wanted to share some of the highlights. I got a lot of confused stares from friends and coworkers when I said I was going to Cleveland, so hopefully this post will prove that there's more to Cleveland than popular opinion seems to think.

On Thursday we spent the day in downtown Cleveland. We ate at Michael's Diner before taking an RTA train into the city. One thing I found interesting about riding rapid transit in Cleveland is that sometimes you pay before you ride and sometimes you pay after you ride depending on which station  you're departing from. 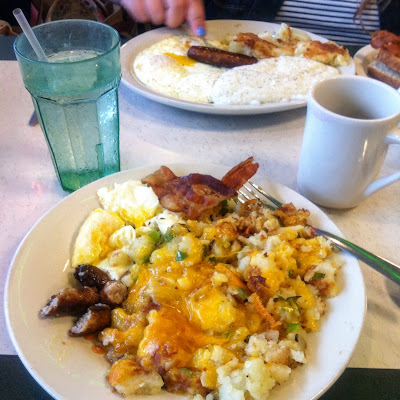 Next, we explored downtown Cleveland a bit. Two of my favorite points of interest were the public library and the stained glass at Old Stone Church. 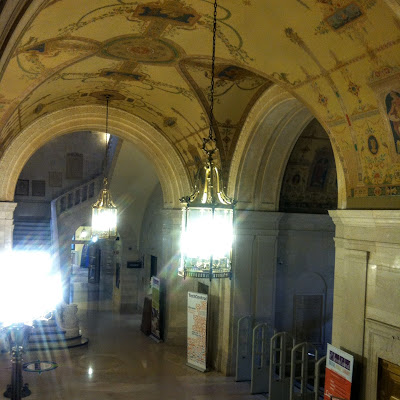 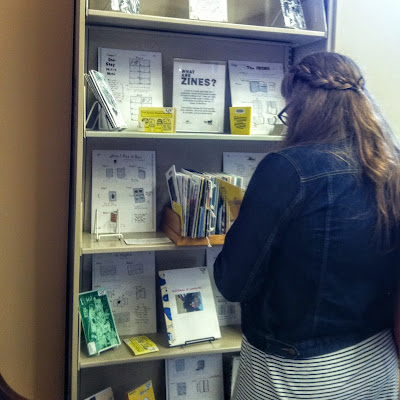 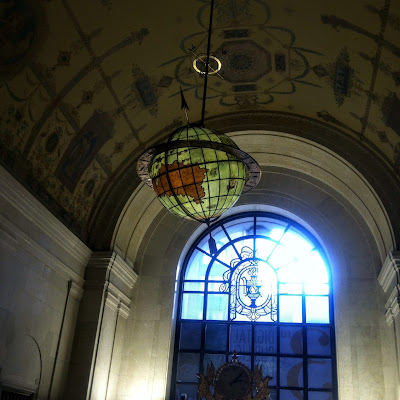 Shelby and I walked around the library purposefully (or...maybe we got lost? The details are a bit fuzzy.) for about 15 minutes before looking at two special collections (chess and miniature books) and one temporary exhibit (Lewis Carroll books/ephemera). 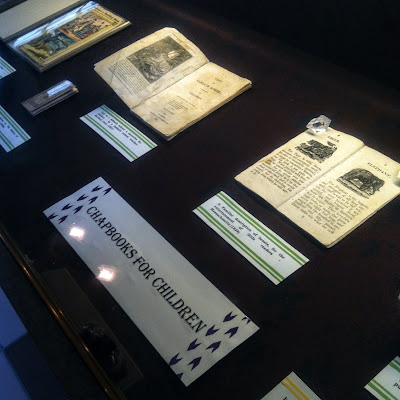 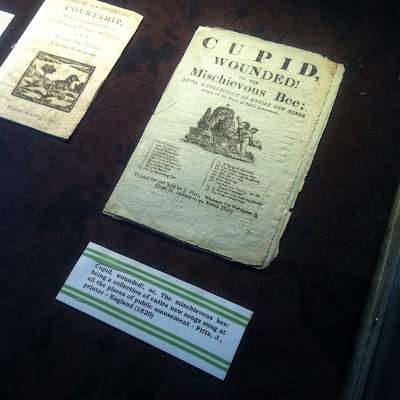 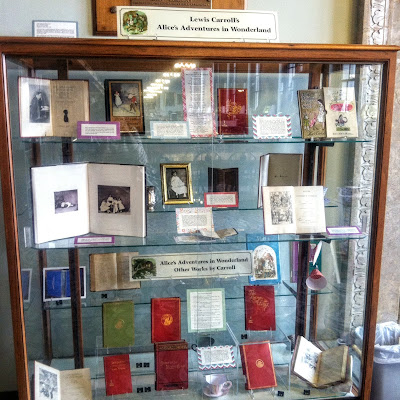 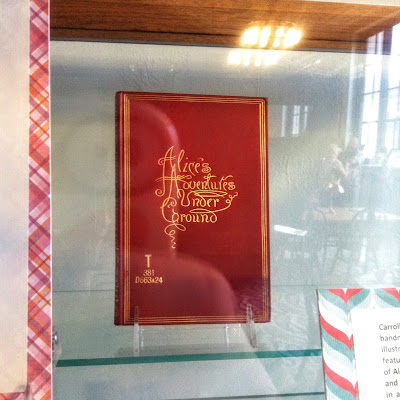 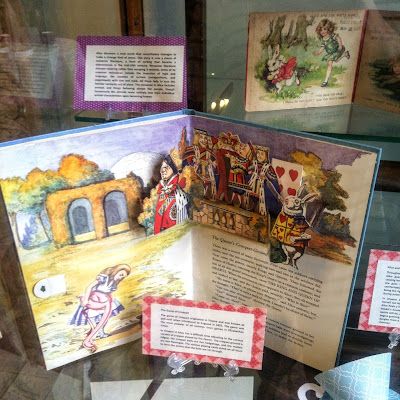 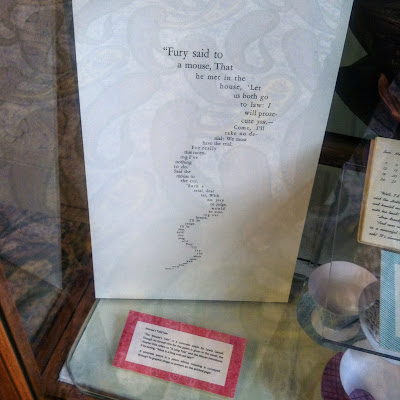 After the library, we walked to the Old Stone Church. It was pretty windy and drizzly outside, but I much prefer that to hot and muggy any day! I was unsure how often people went to the church just to look at the stained glass windows - especially when we rang the doorbell and a man said, "You want to look at the windows?" However, after we got into the sanctuary, a second man came out and cordially told us all about the windows and a bit of church history too. One of my favorite facts was that a couple of the windows were designed by Louis Comfort Tiffany! 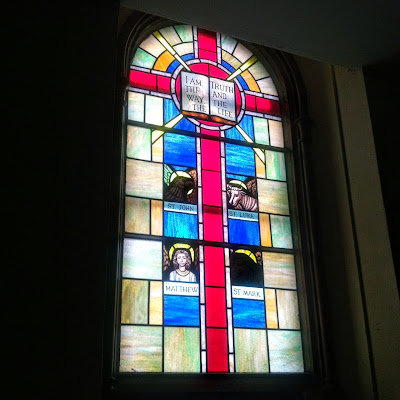 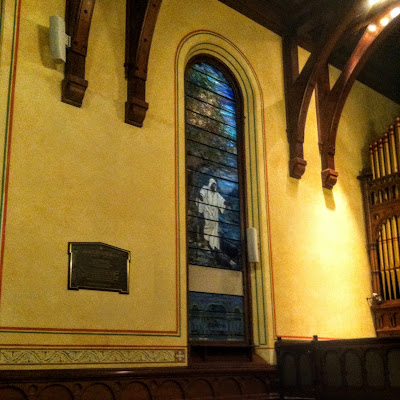 “Beside the Still Water” (1915) by Louis Comfort Tiffany 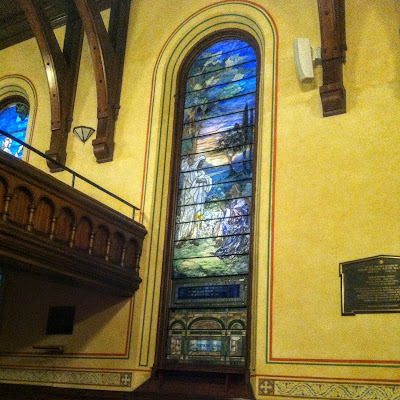 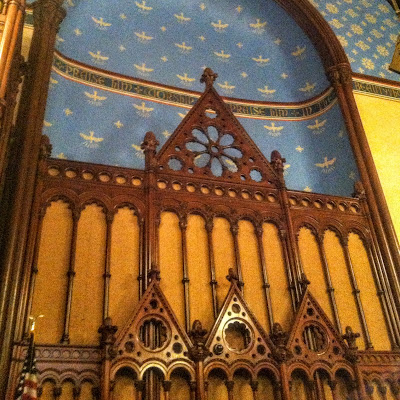 We finished off our downtown day at Pour. They had both excellent coffee and some of the friendliest baristas I've ever met! I would whole-heartedly recommend a stop at Pour if you're in downtown Cleveland. 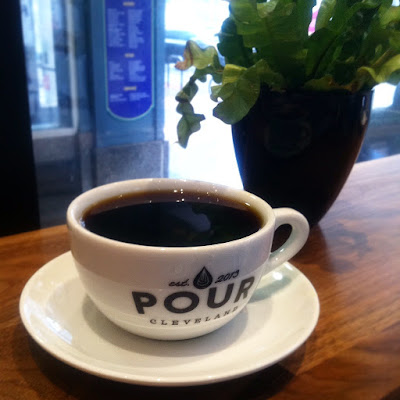 To be continued...
Labels: art travels