Last weekend I took my annual NYC trip! I have been going up once or twice a year every year since one of my dearest friends moved there for college in 2006. This trip was a little longer than usual and it made a huge difference. I felt like I had time to relax and really enjoy my friends rather than feeling rushed. I'll definitely continue to make longer trips when I visit Amber and Joe!

Wednesday, August 21
My friend Ryan and I arrived at Amber and Joe's apartment late Wednesday night. I had Amber and Danny open their birthday presents within a few minutes. I'd had Amber's since February, so I'd already been waiting long enough!

As soon as I pulled Danny's toy out of my bag, he immediately walked over and took it as if he knew it was for him automatically! He continued to obsess over it for the remainder of my trip. Dog auntie success! :-) 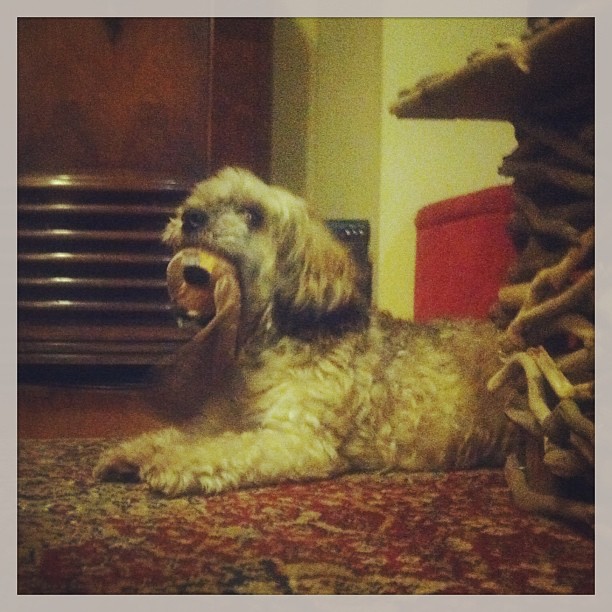 Thursday, August 22
The next morning, Amber made breakfast for Ryan and me. 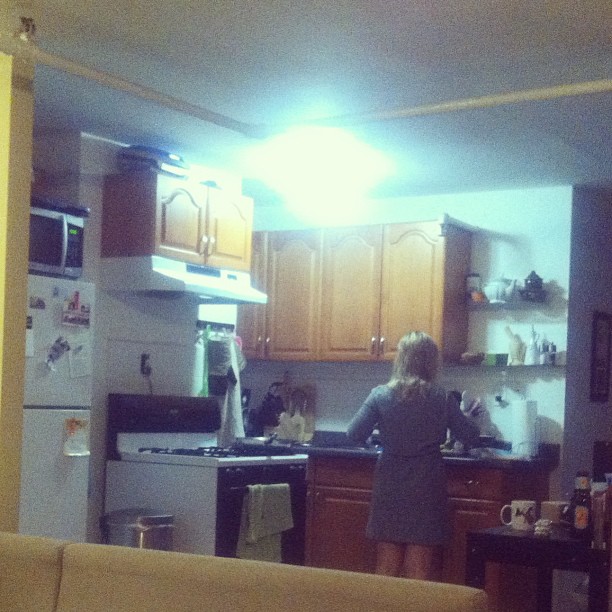 After that, Amber and I surprised Ryan by taking him to the driving range at Chelsea Piers! For some reason, this was the third time I've done this in NYC. Nothing like being in the City that makes you want to hit golf balls...? Ryan was the only who knew what he was doing, but Amber and I both made good faith efforts! My favorite part was when I asked what I was doing wrong, Amber and Ryan said that they couldn't pinpoint it to just one thing, haha. I think Amber was more successful at getting the balls actually out of our little cubicle, but I did earn most improved by the end. 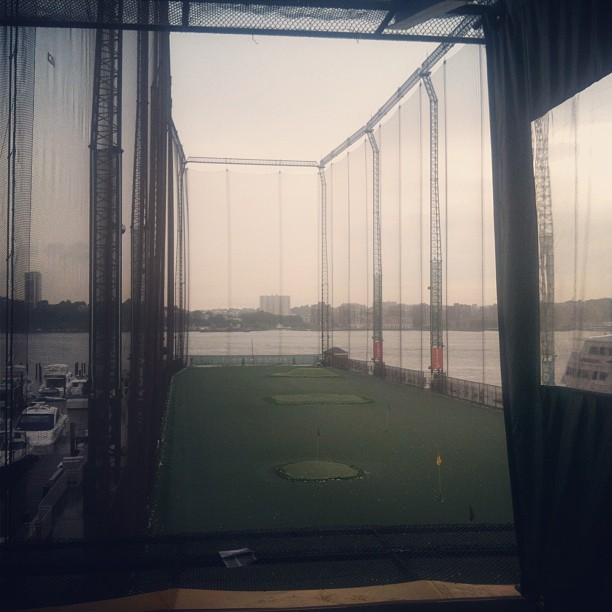 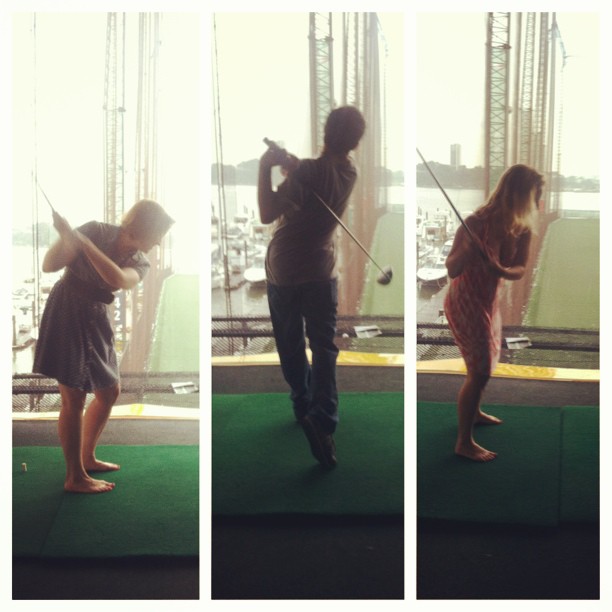 This photo gets funnier the longer you look at it, haha. From Amber's Instagram - amberjoy521 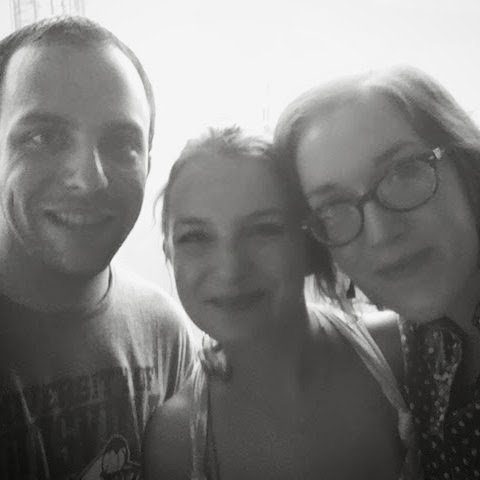 We had lunch at the Standard Biergarten. 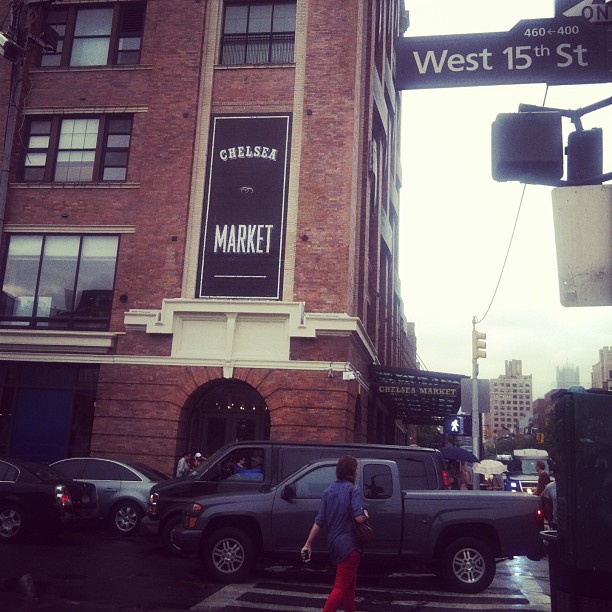 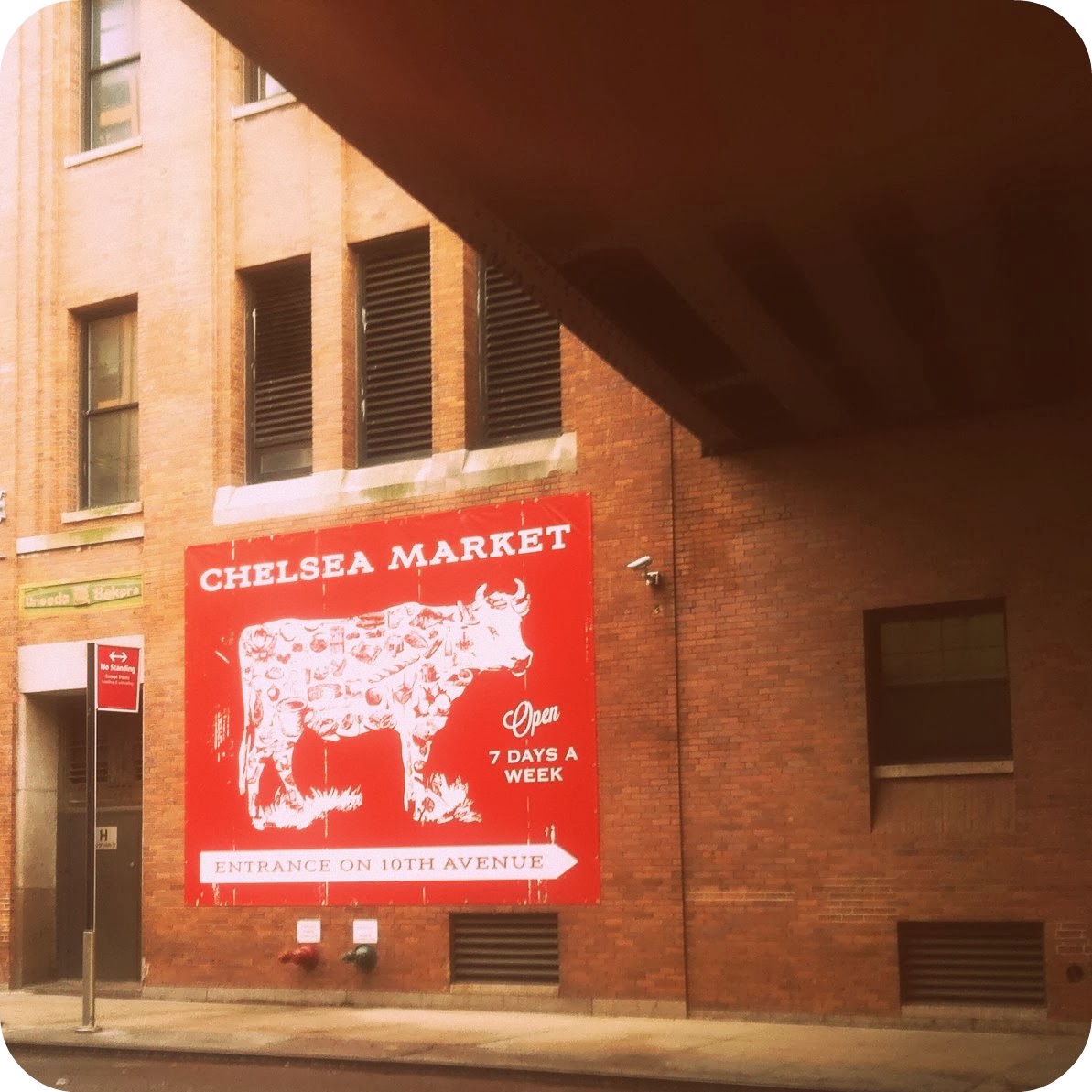 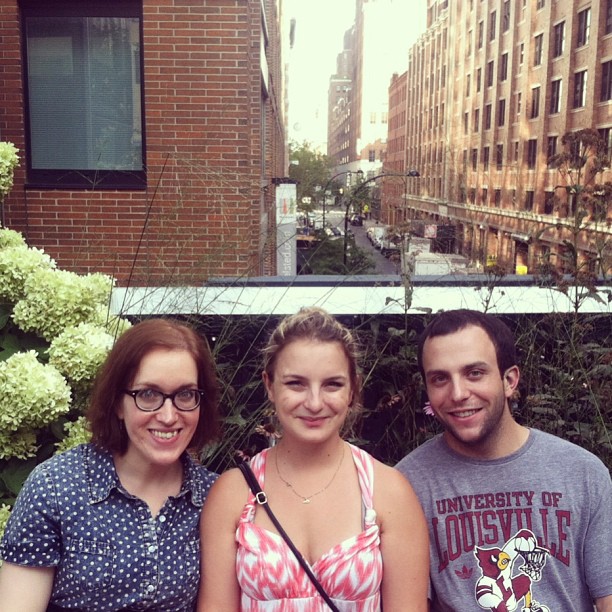 After that we met up with Casey (one of Amber's best friends) and Joe nearby. Somehow this morphed into Amber and me riding Citi Bikes to dinner at Tortilla Flats. This was terrifying, but we both survived and lived to tell the tale! Amber's actually a bit too short to ride the bikes, so she has a better excuse than I do for avoiding this next time. 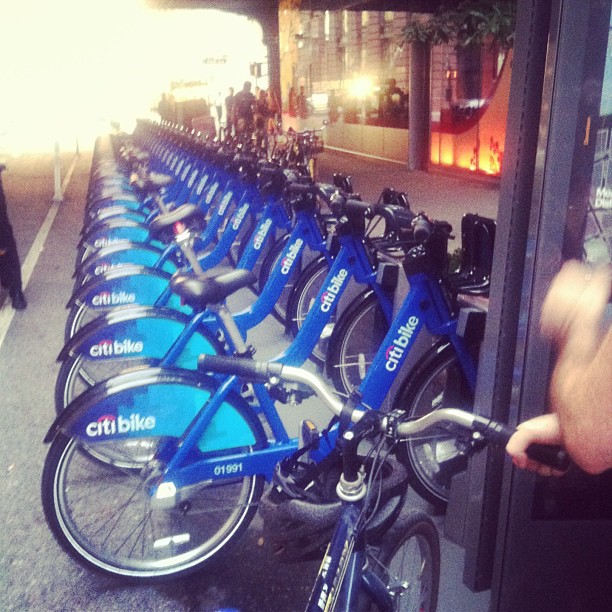 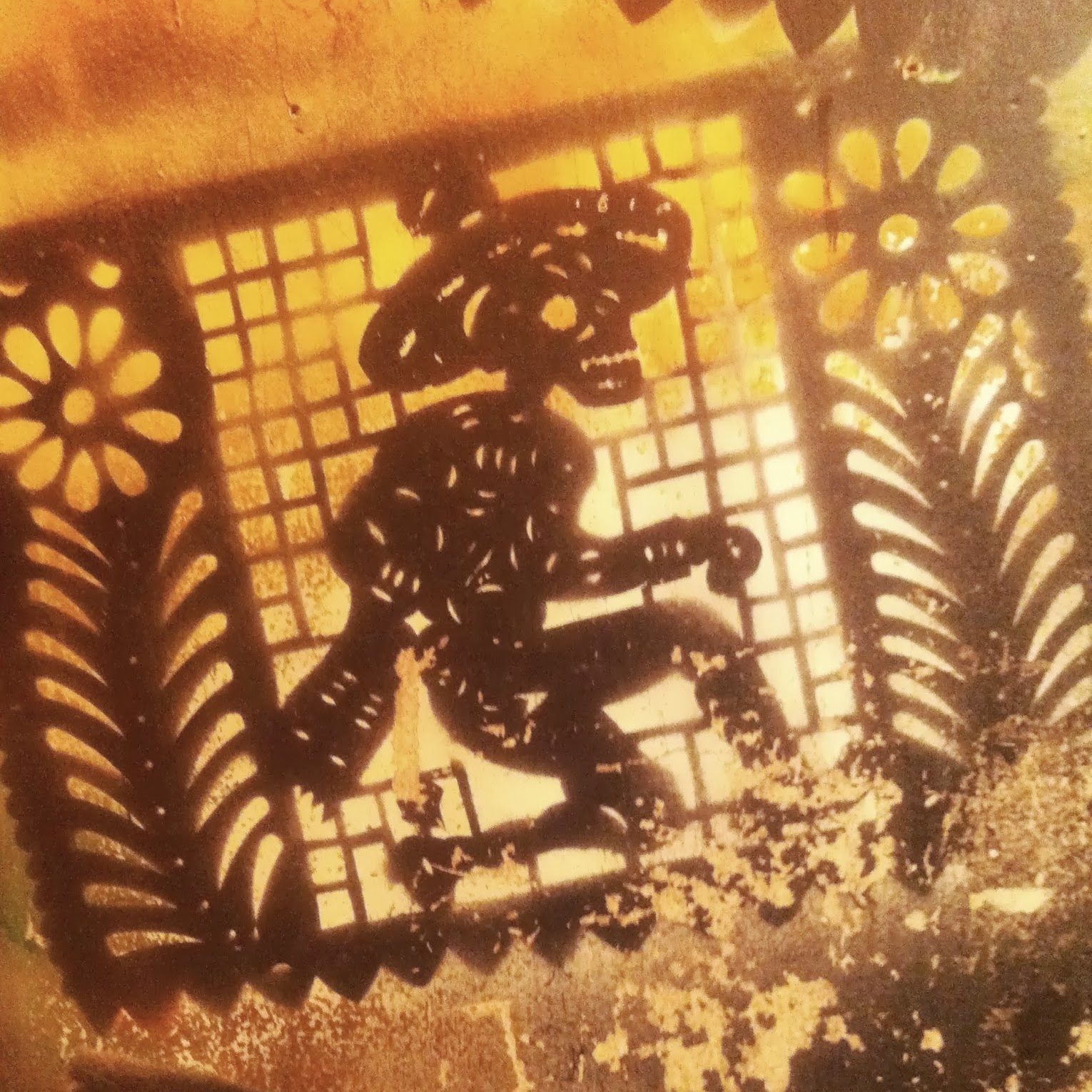 That night Tyler finally got into town!

Friday, August 23
On Friday we met Casey for brunch at Bocca before heading to the Guggenheim. 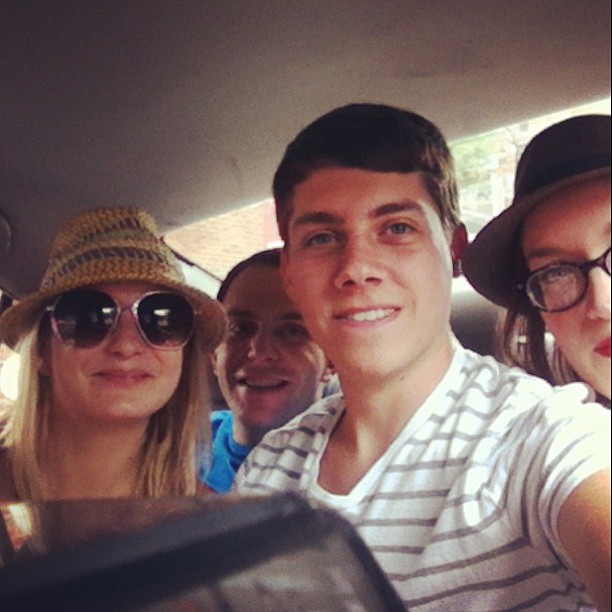 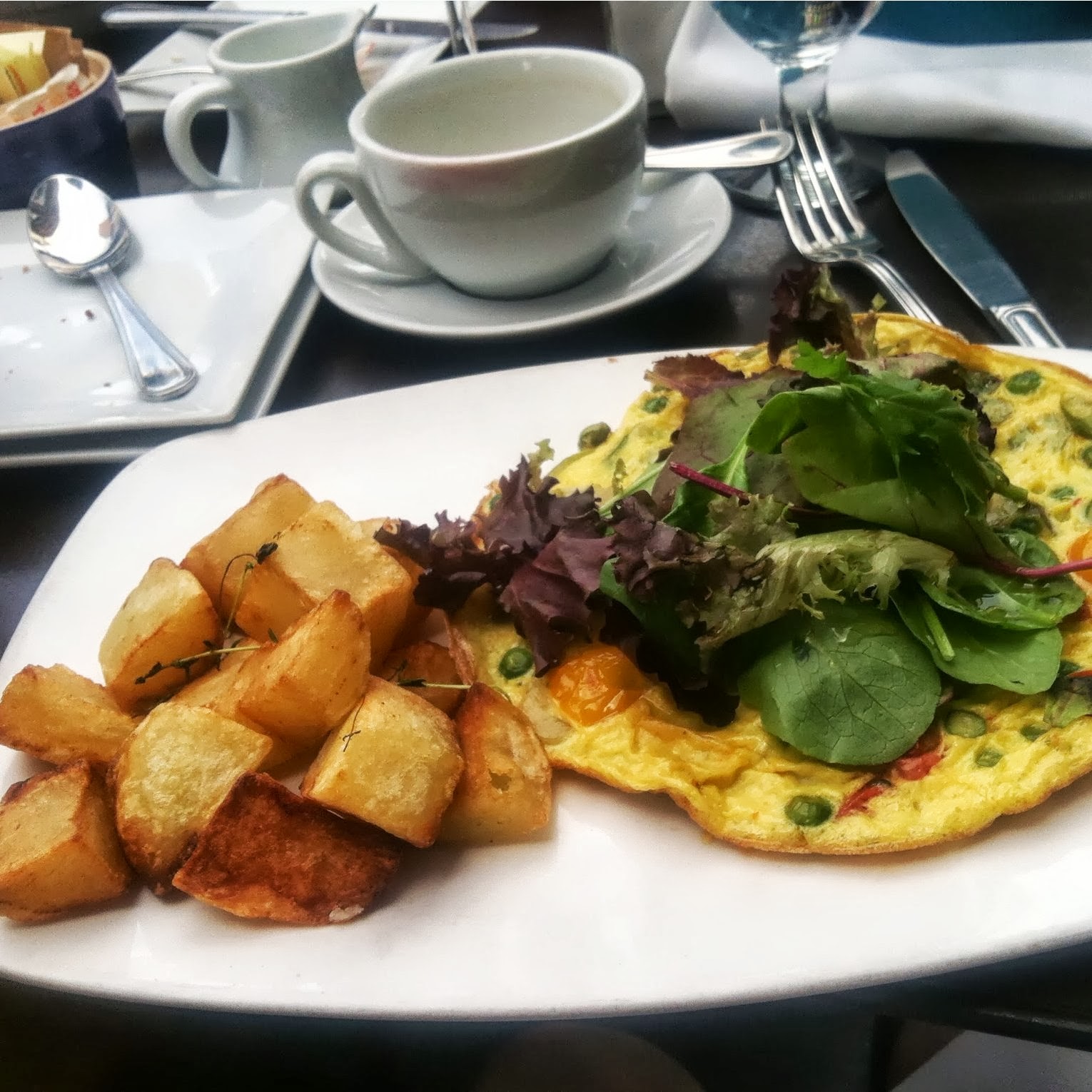 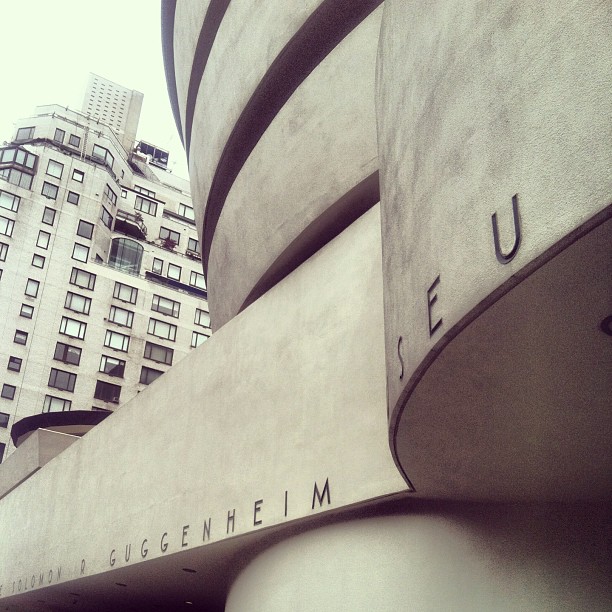 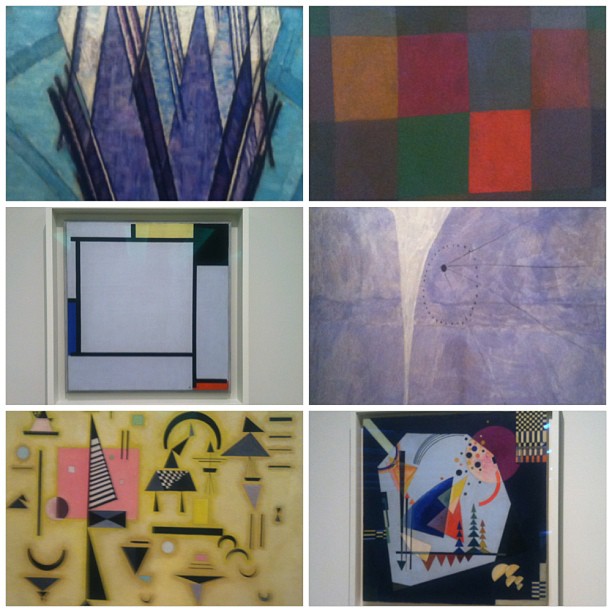 After the museum, I was still enjoying art in the City. I especially like the murals that surround elementary schools there :-) 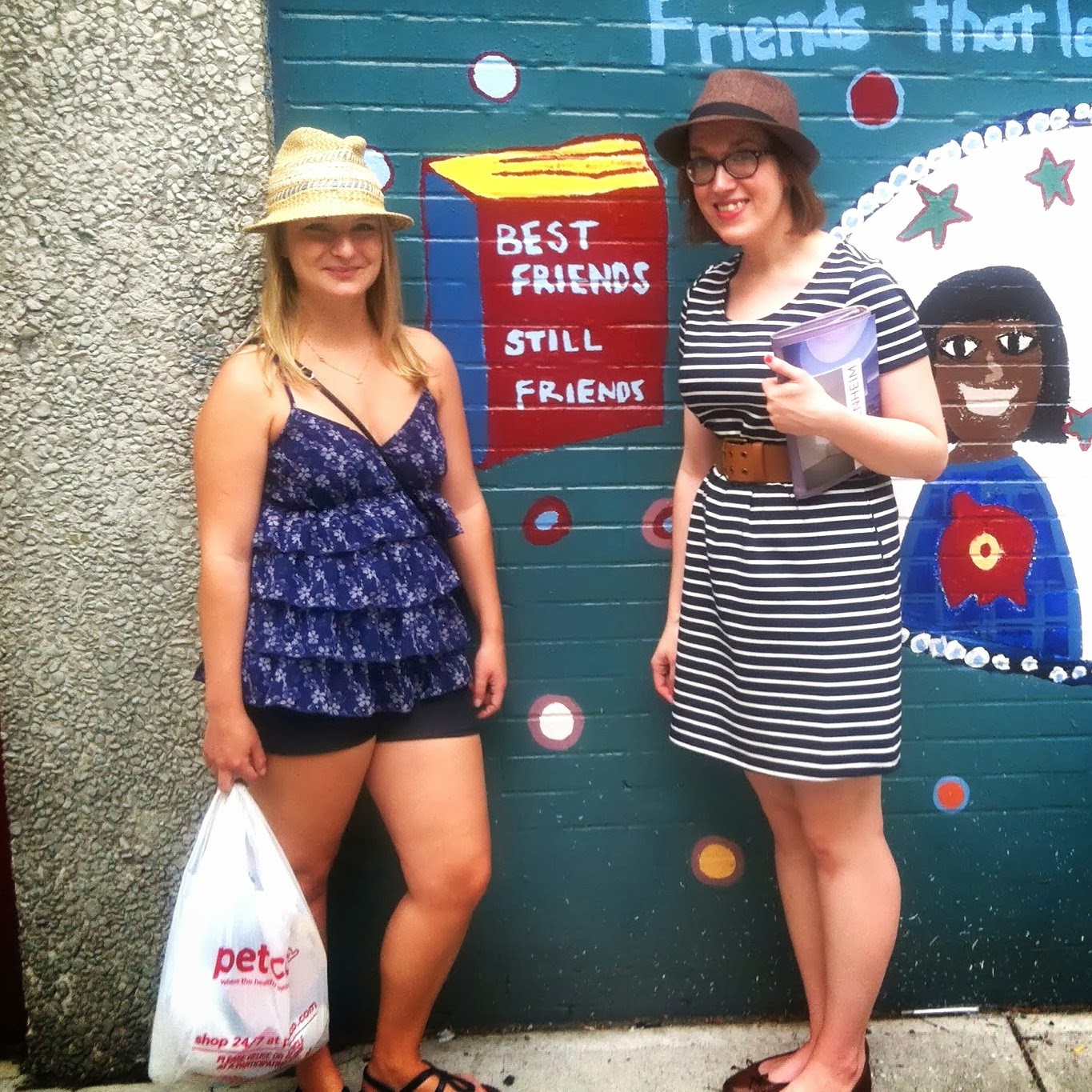 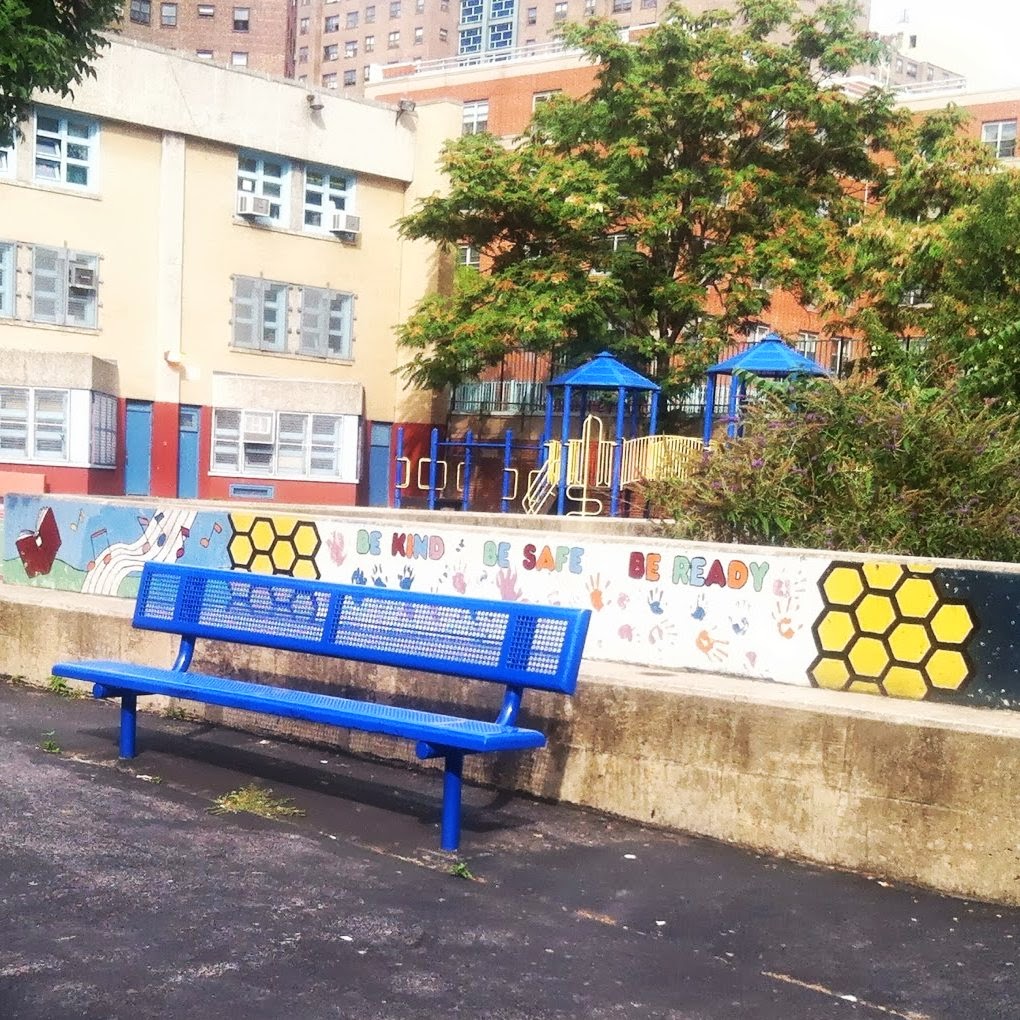 Friday night we had a great dinner at La Bottega outdoors. Beautiful! 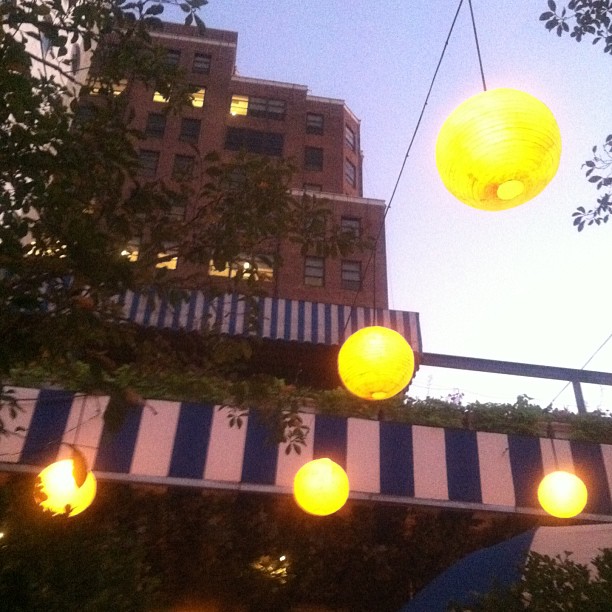 After that we headed to The Tippler where we met up with more friends. 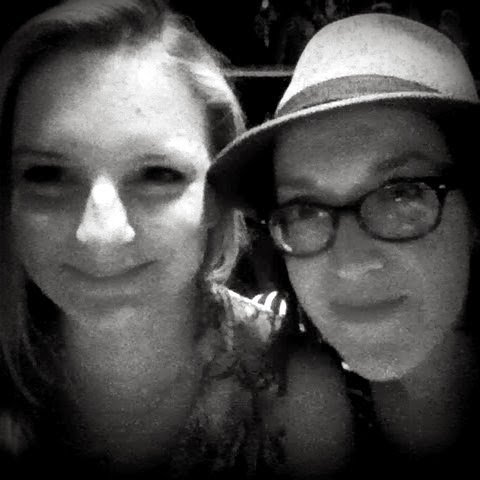 Saturday, August 24
On Saturday, my wonderful friends made breakfast while I leisurely got ready (aka pulling the covers over my head) and then we ate in Amber and Joe's backyard. 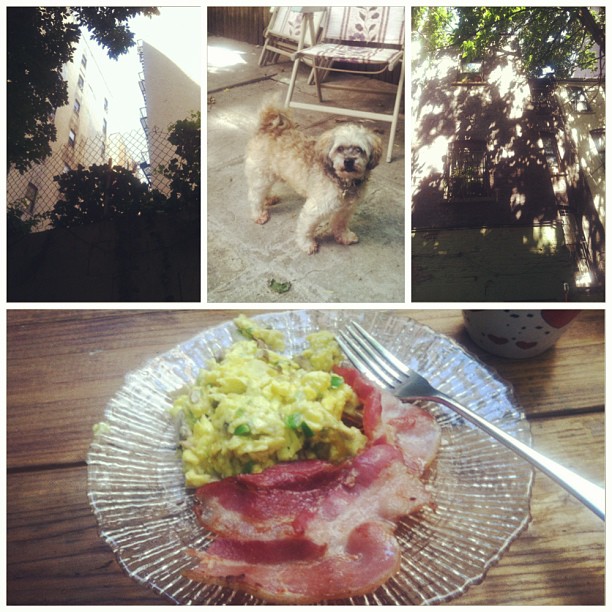 After that, Amber and I walked to get manicures and enjoy the weather a bit while Joe, Tyler, and Ryan walked Danny in Central Park. 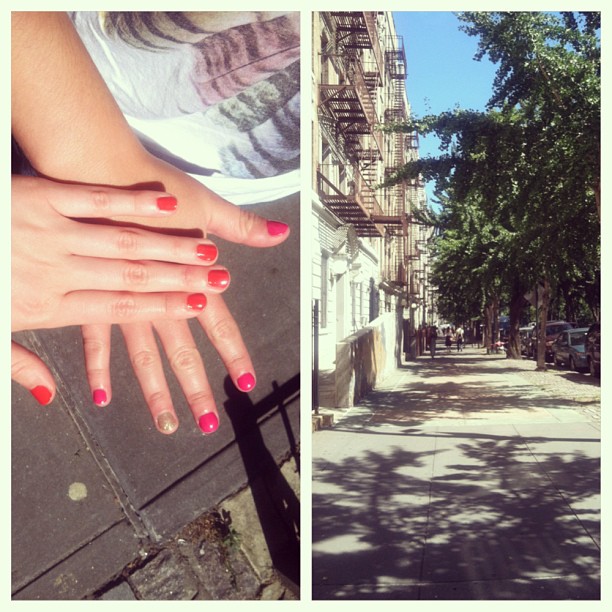 Then we all headed to a rooftop party in honor of Amber and Joe's friend Regina's 10 year anniversary of living in NYC. The venue and weather were perfect! 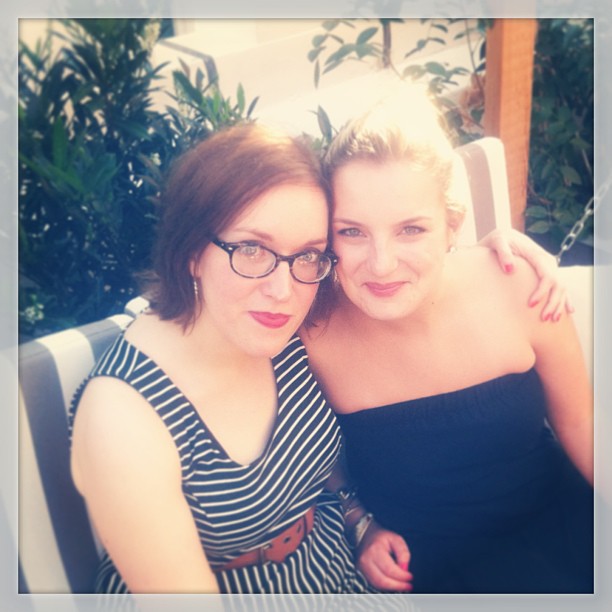 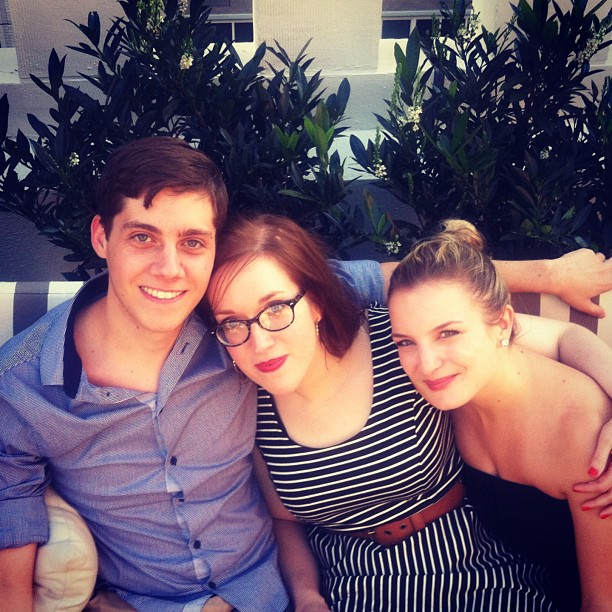 That night we celebrated Amber's birthday with about 30-40 of her friends at Flatiron Hall.

Sunday, August 25
After our busy weekend, Sunday was incredibly slow-paced and consisted of brunch at the Hudson River Cafe and resting in Central Park. 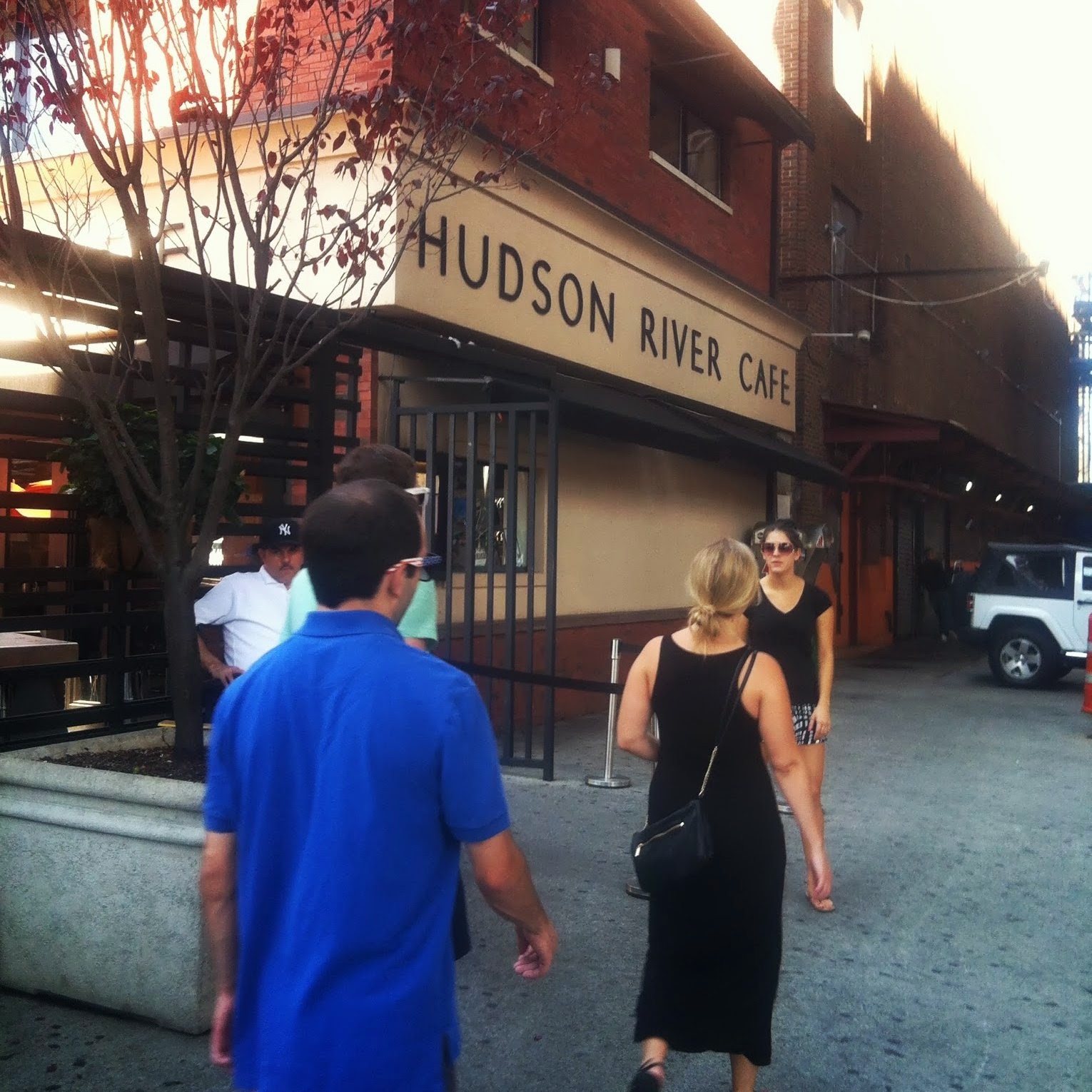 Later that afternoon, Ryan and I headed back to Louisville after a longer-but-still-too-short trip!

Overall, it was one of my favorite trips to New York. Amber and Joe (and Danny) are great hosts and it's so nice that they have enough room for us to stay with them so we get even more time together. I'm always sad when a good trip is over, but it just makes me all the more excited for next time!

P.S.
Here's another photo of Danny for good measure :-) Andrea said…
SOOO fun! You know I love NYC and I'm jealous that you do this multiple times a year! Good for you that you make it a priority. Life is too short to do otherwise!!!!
August 29, 2013 at 6:35 PM