Hands down, one of my favorite Louisville events is the Moth StorySLAM. This event is actually a part of a nationwide network of Moth events - we’re just lucky enough in Louisville to participate :-)

A little info on The Moth and StorySLAMs:
- Created to encourage honest story-telling
- You can catch Moth stories via NPR stations and online
- StorySLAMs are open for anyone to participate so there's a lot of variety in the participants 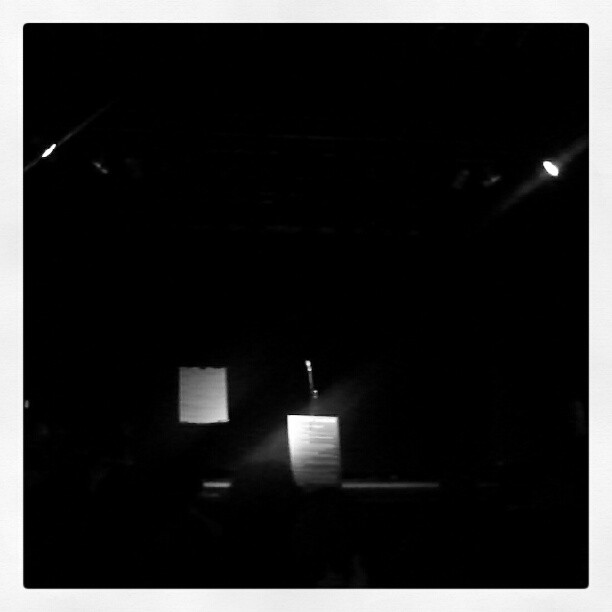 I’ve been going faithfully since October 2012, and I must say that the last Tuesday of every month is officially blocked out on my calendar so I can attend the StorySLAM at Headliners. My friends and I have learned that we have to get there early in order to have time to visit the food truck (my favorite is when Grind is there! - more on that Louisville Love later) and get decent seats inside. In recent months, the shows have turned into SRO events about 20 minutes before the show.

Each StorySLAM has a theme, so those who want to participate have to make sure that their story follows the night's theme. An unlimited number of participants can put their names in for storytelling, but only 10 will be randomly selected to actually tell stories. Each person is given 5 minutes to tell his or her story and there are three groups of judges who give each person a score. The person who wins will go on to the GrandSLAM - an annual storytelling competition for the best of the best local storytellers. The winner of the GrandSLAM goes on to a Moth competition in NYC!

My favorite aspect of the StorySLAMs is hearing interesting, compelling, hysterical, heart-wrenching and/or shocking stories from individuals I’d never have such personal encounters with otherwise. Without the StorySLAMs, I doubt I’d hear even one such story from a complete stranger without going out of my way (which isn’t a bad idea!) - much less 10 in one night!

I feel like before I end this post, I need to give a little shout out to two of my friends who have been daring and confident enough to actually put their names in to tell stories - Sarah C. and Rene! Super proud of these ladies and their willingness to be vulnerable and funny in front of a large group of strangers. I’d be totally intimidated, but I so appreciate their strong spirits!

Here’s the info if you’re interested in attending a future Moth StorySLAM event:
Date: Last Tuesday of every month
Time: doors 7PM, show 8PM
Cost: $8 (you can also pay for parking across the street, but there’s generally a lot of street parking if you get there an hour early to eat), plus money for the food truck
More info and online ticket options
Labels: Louisville moth storyslam